Created by jazz trumpeter and life-long fan, Chris Hodgkins, the tour will highlight how Humphrey Lyttelton led the way for the jazz revival of the late 40’s and 50’s  and brought jazz to the mainstream with the first UK jazz record to reach the Top 20, ‘Bad Penny Blues’.

Affectionately known as “Humph”, he was of course just as well-known for his broadcasting work, as the host of Radio 2’s The Best of Jazz and Radio 4’s ‘I’m Sorry I Haven’t A Clue’.

To do justice to Humph’s life and heritage, Chris Hodgkins, himself a stalwart of the British jazz scene, has put together an impressive ten-piece band featuring top UK and US musicians.

The band will play many of Humphrey’s original compositions and arrangements as well as new pieces composed especially for the tour.

A travelling exhibition on Humph’s life and times will also accompany the tour and will consist of a multi-media presentation and visual archive display based on Humph’s writings and journals. The tour has the support of Susan da Costa, Humph’s long-time manager 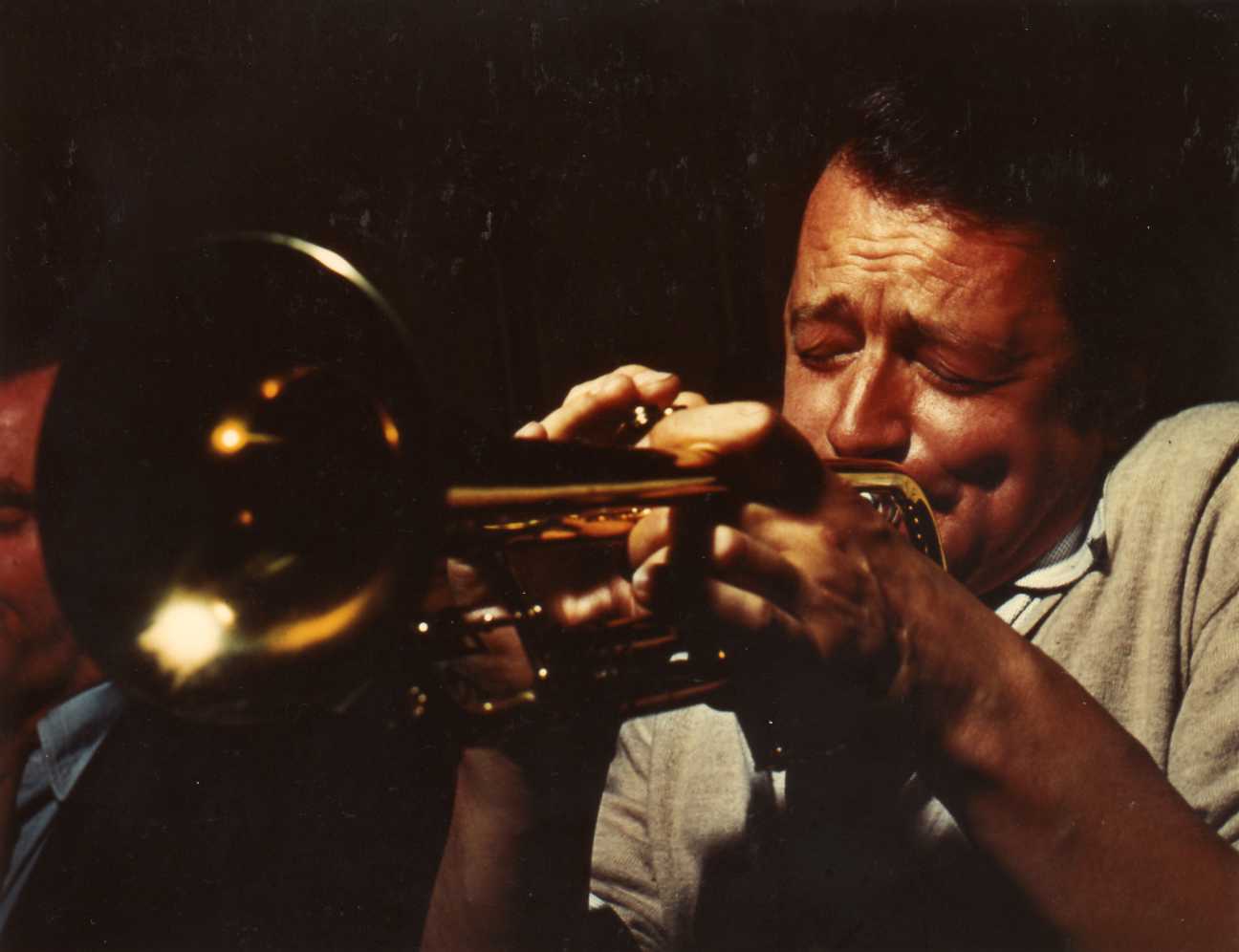 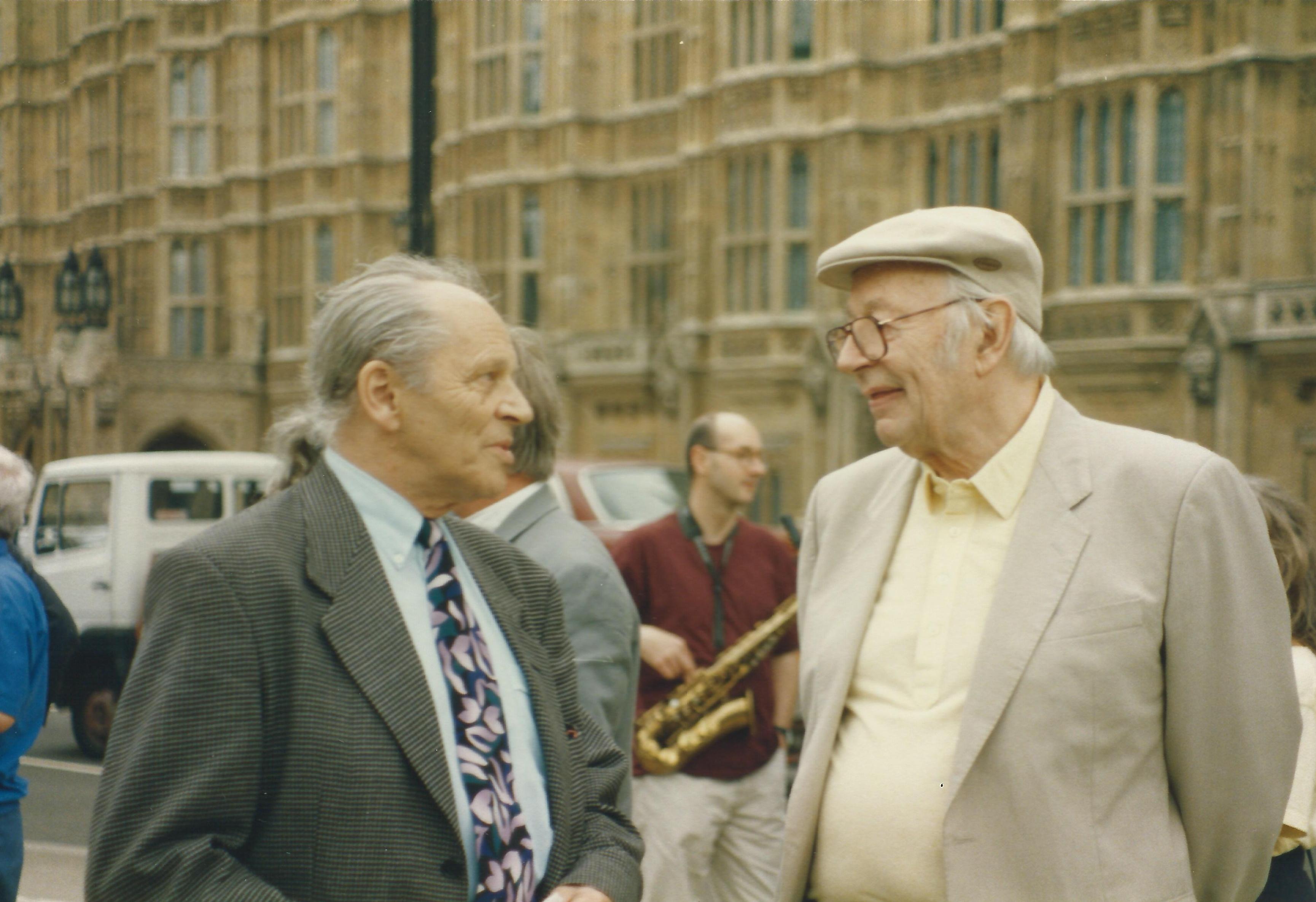 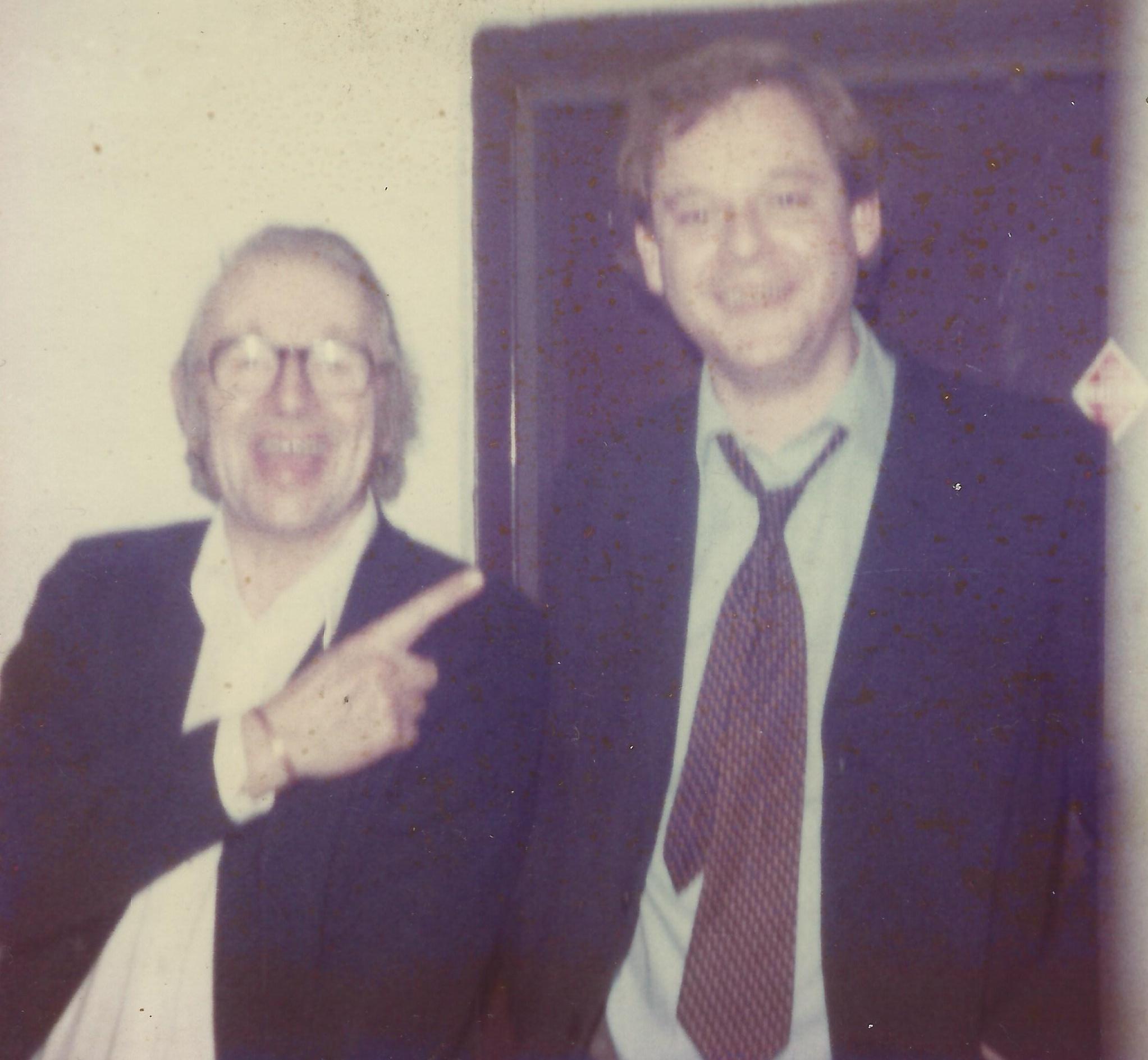 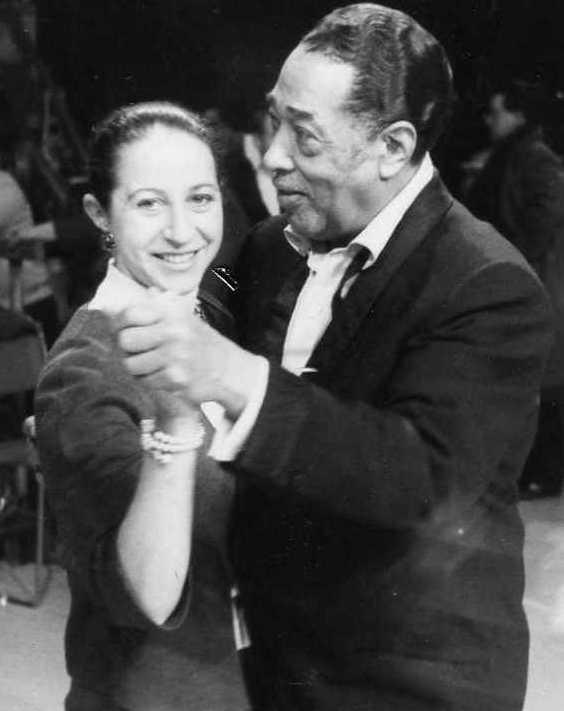 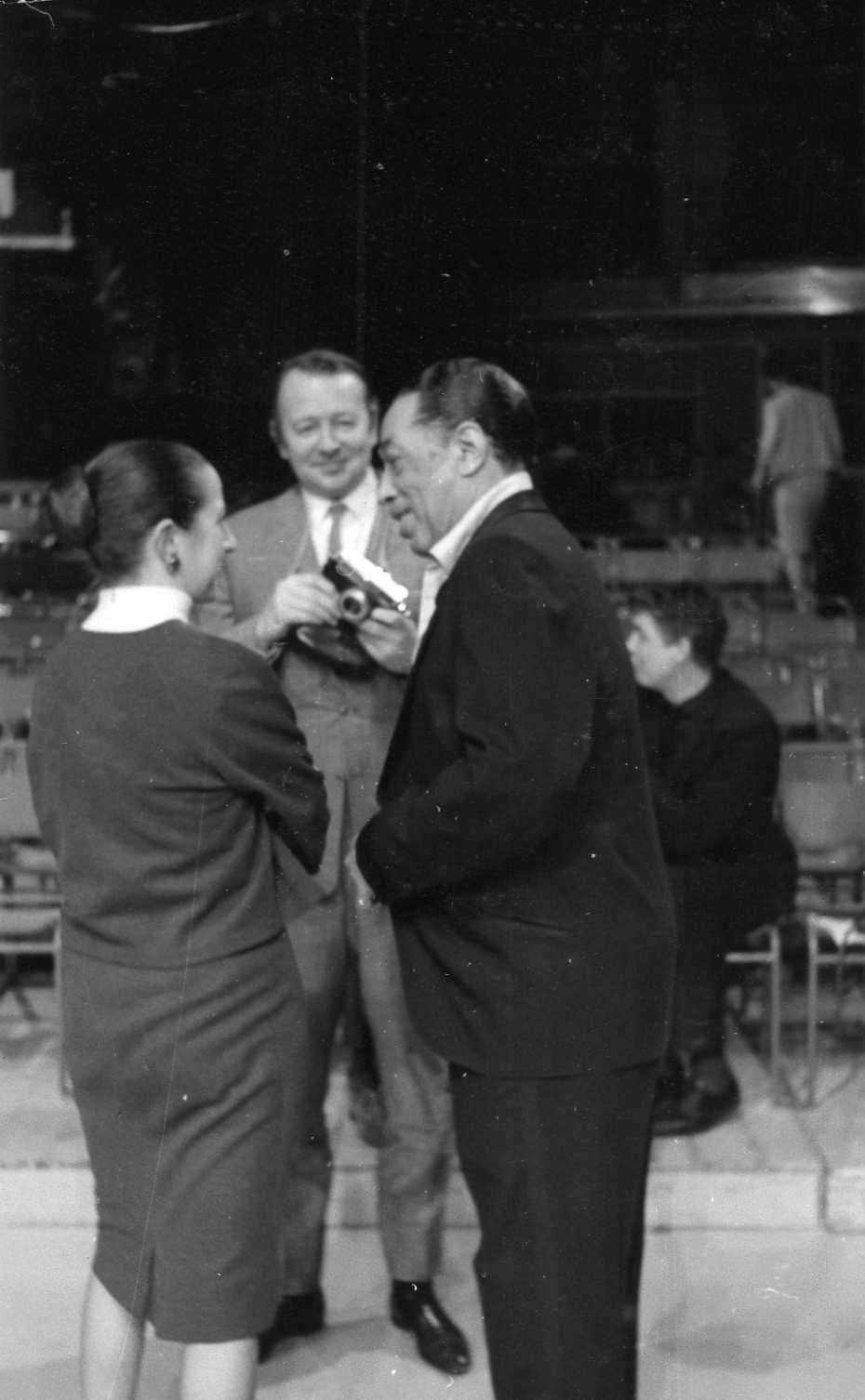 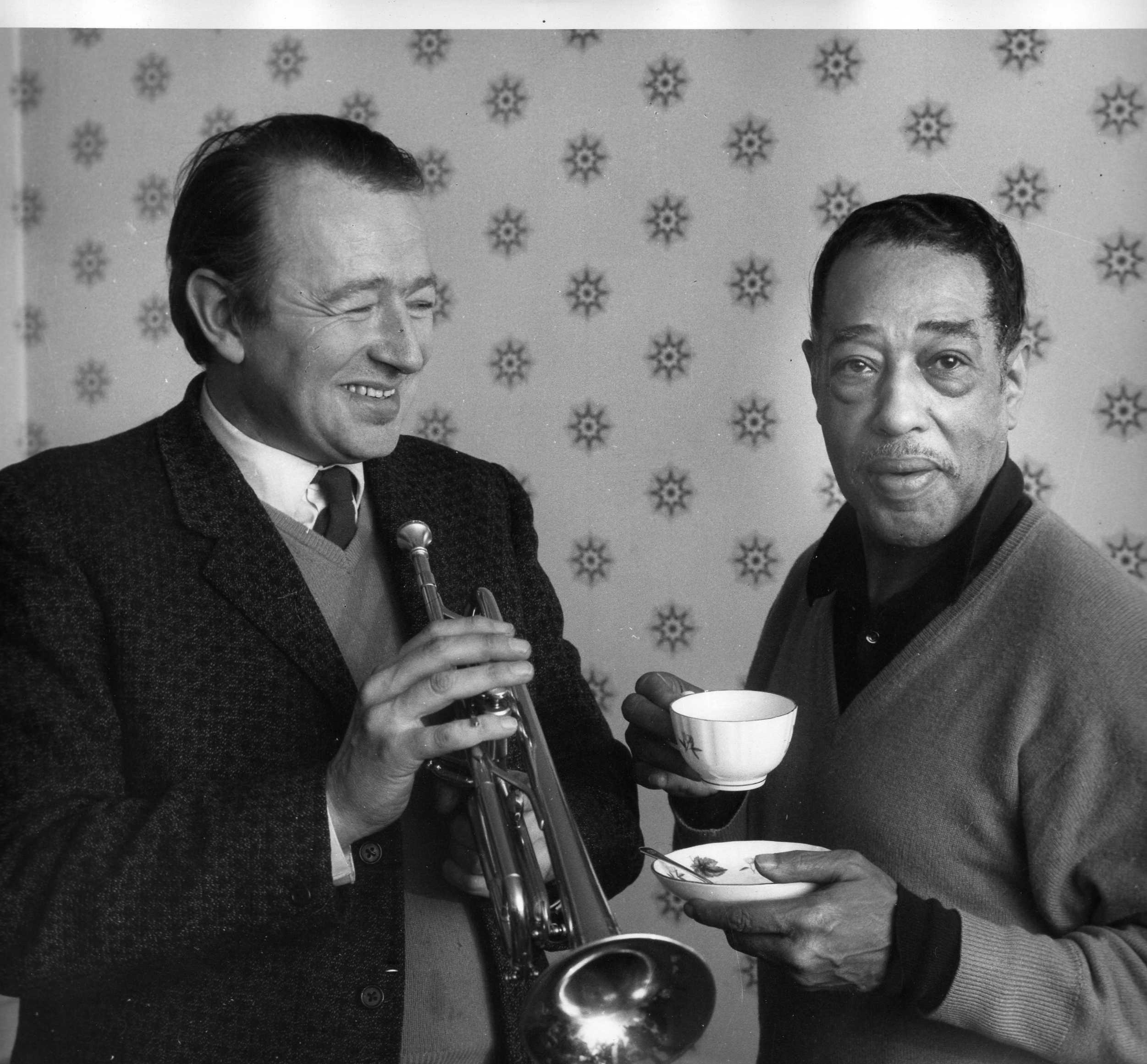 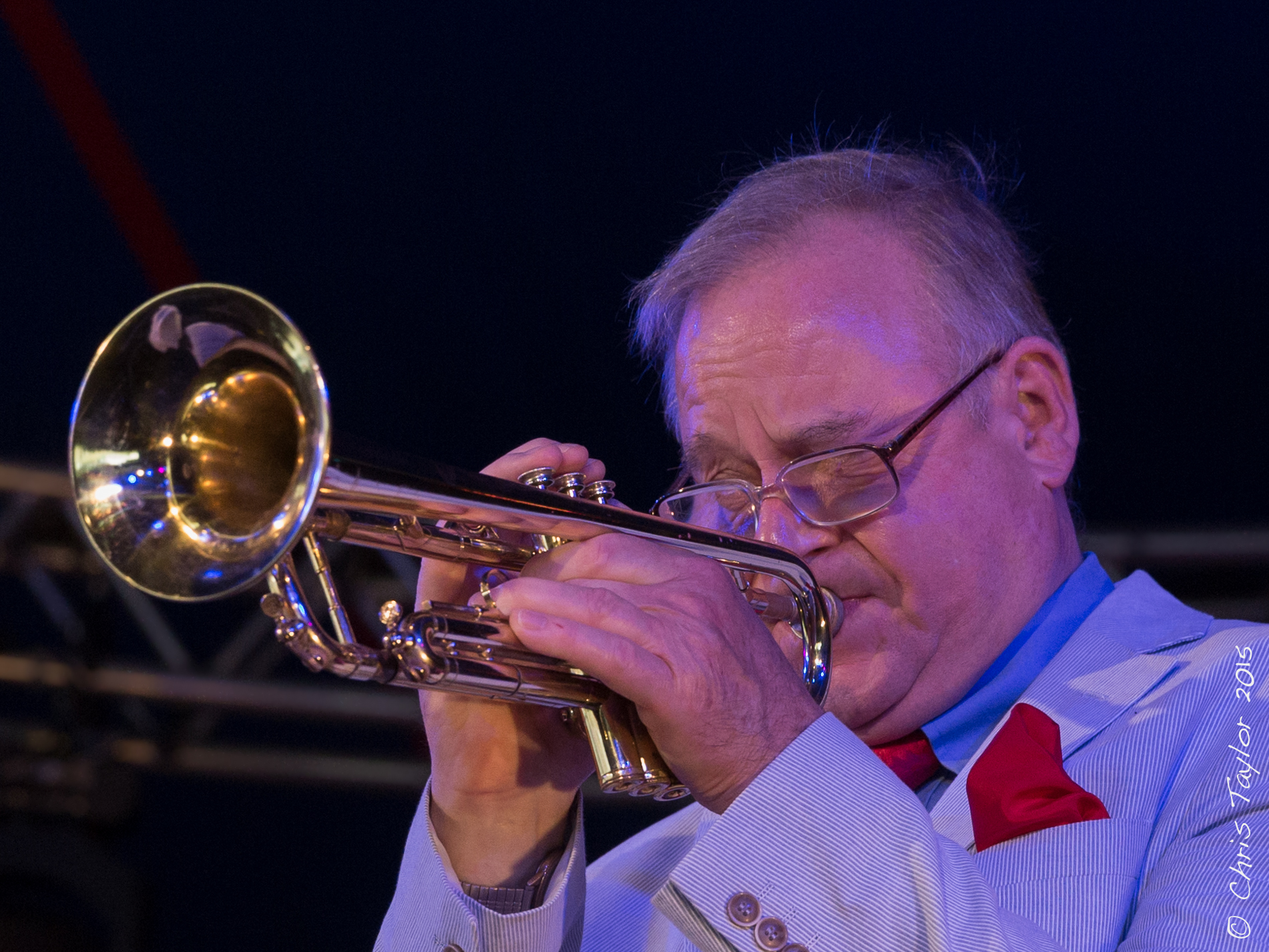 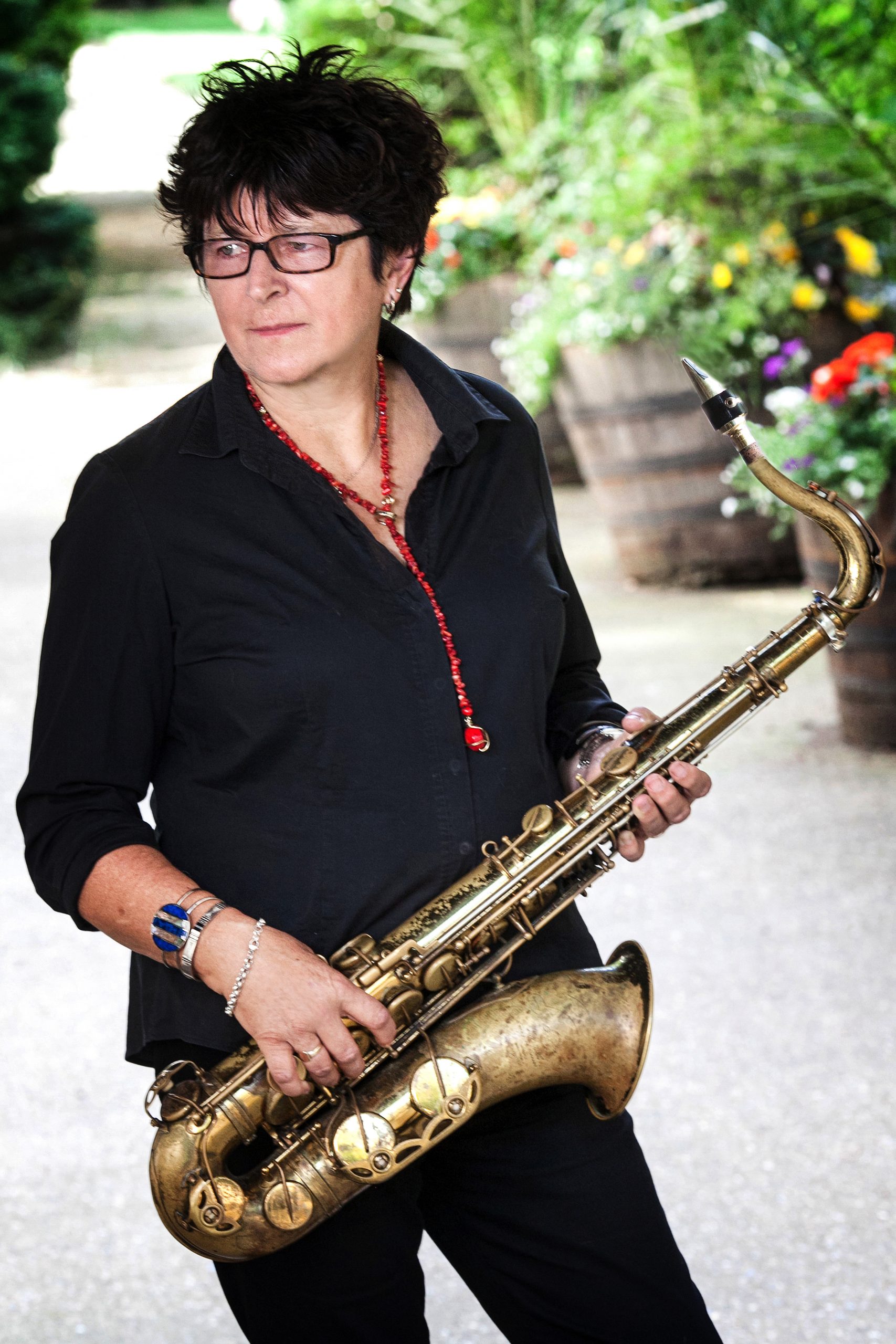 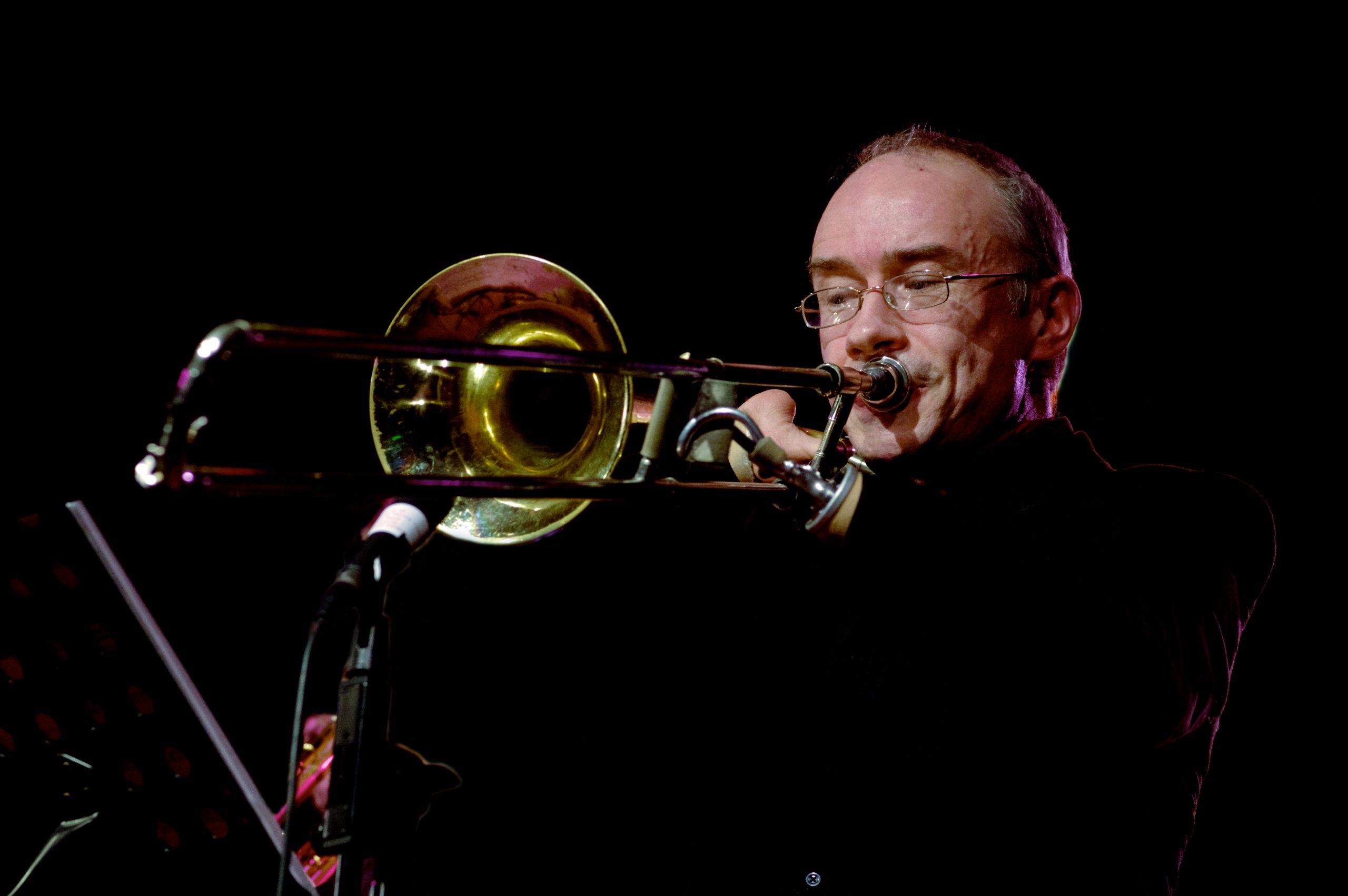 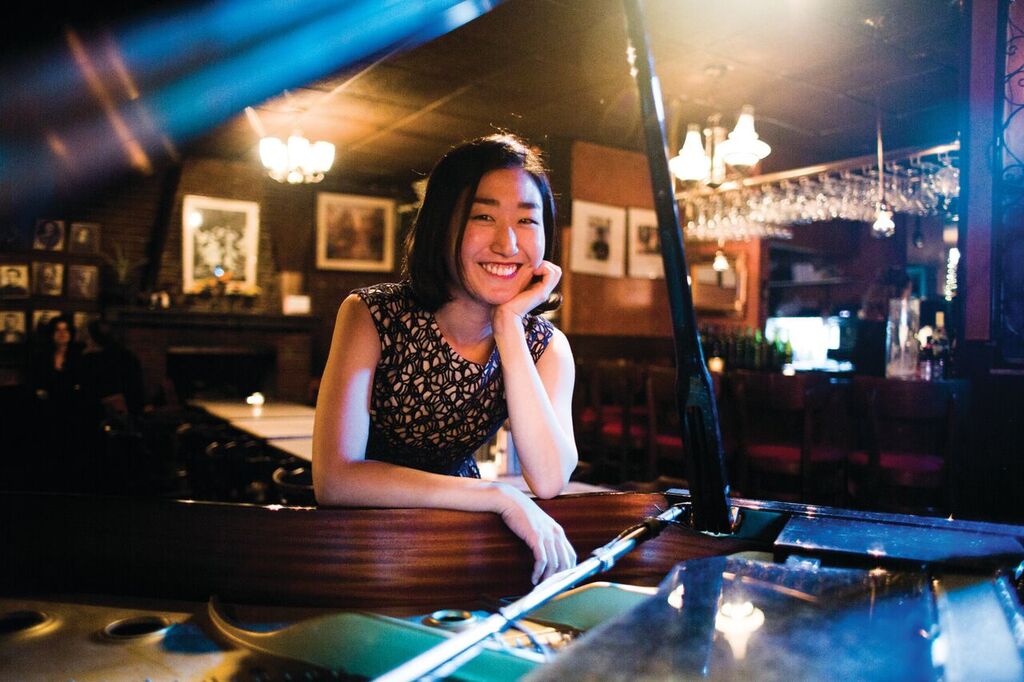 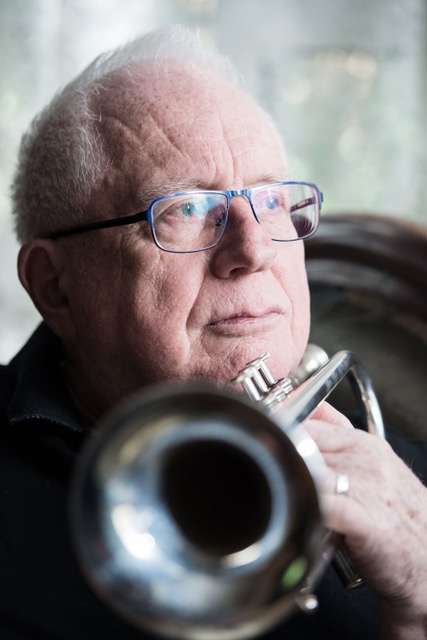 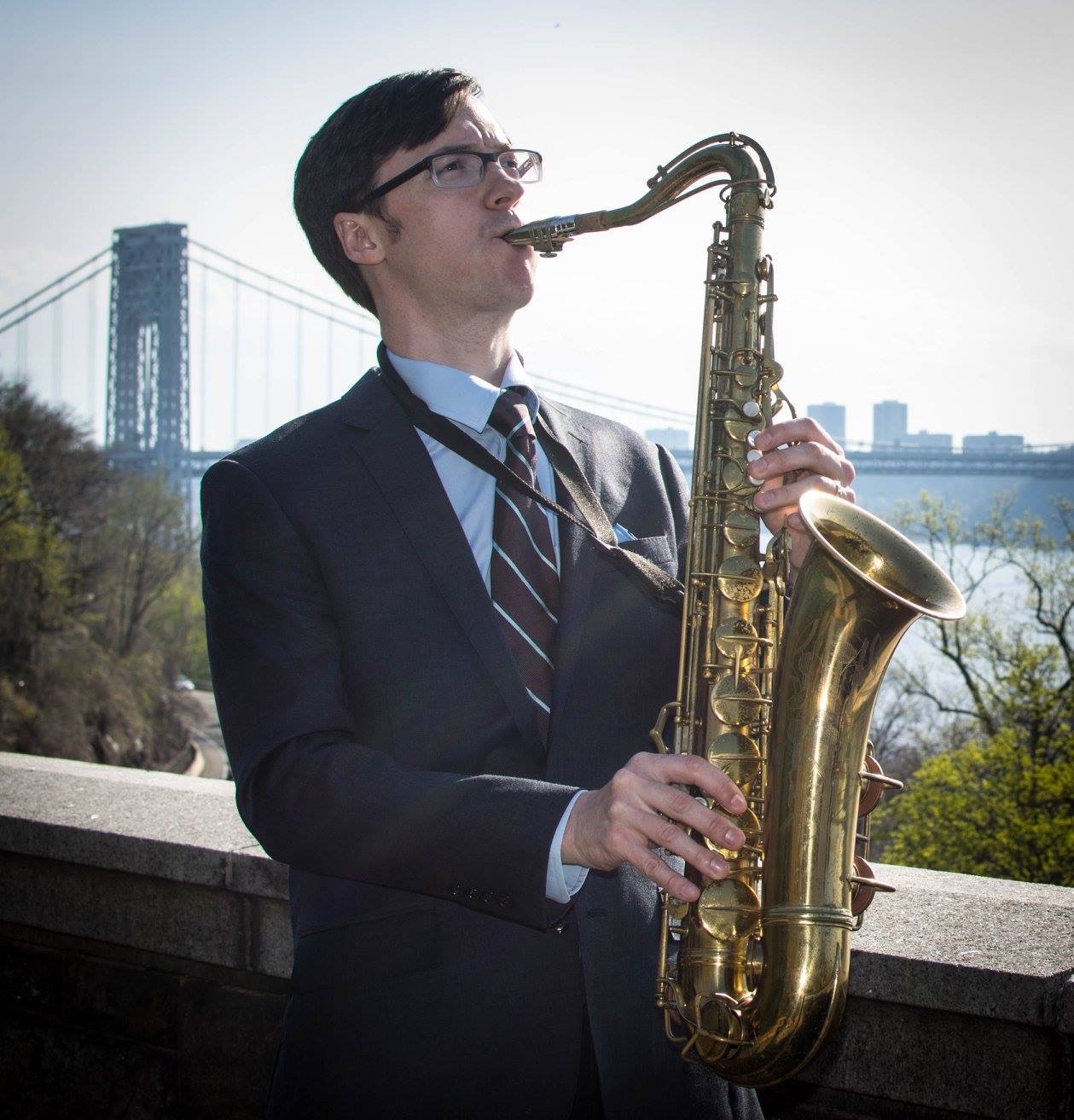 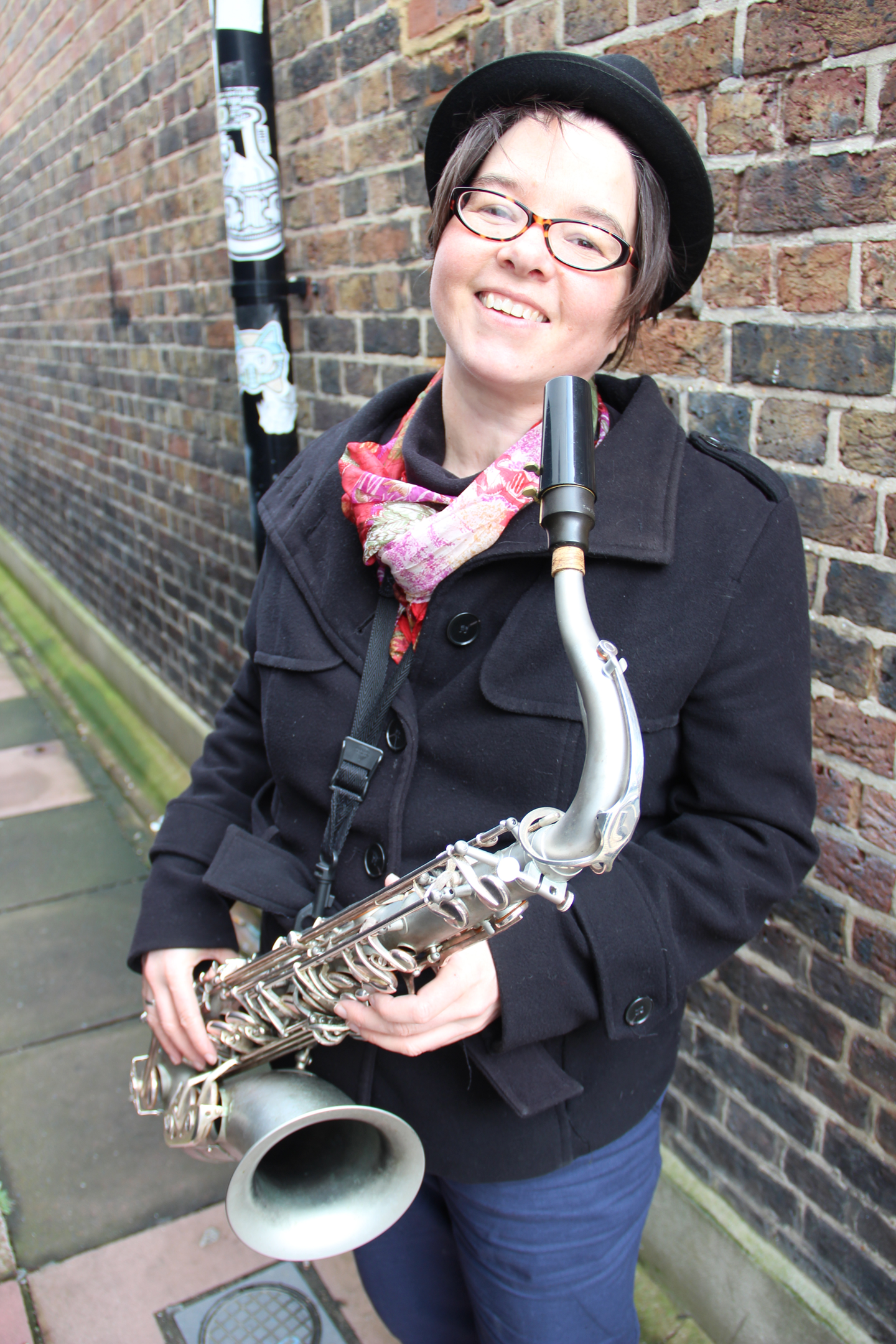 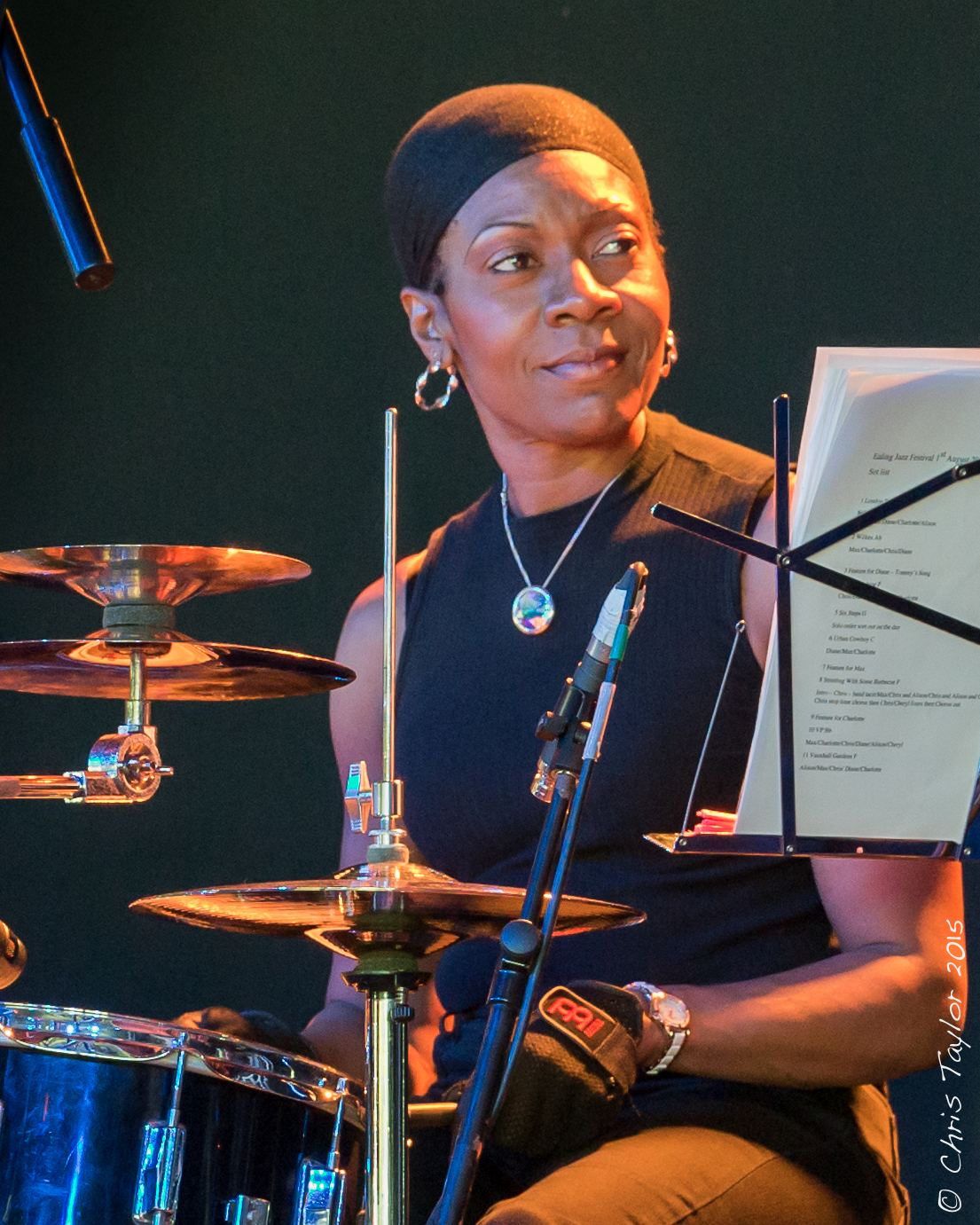 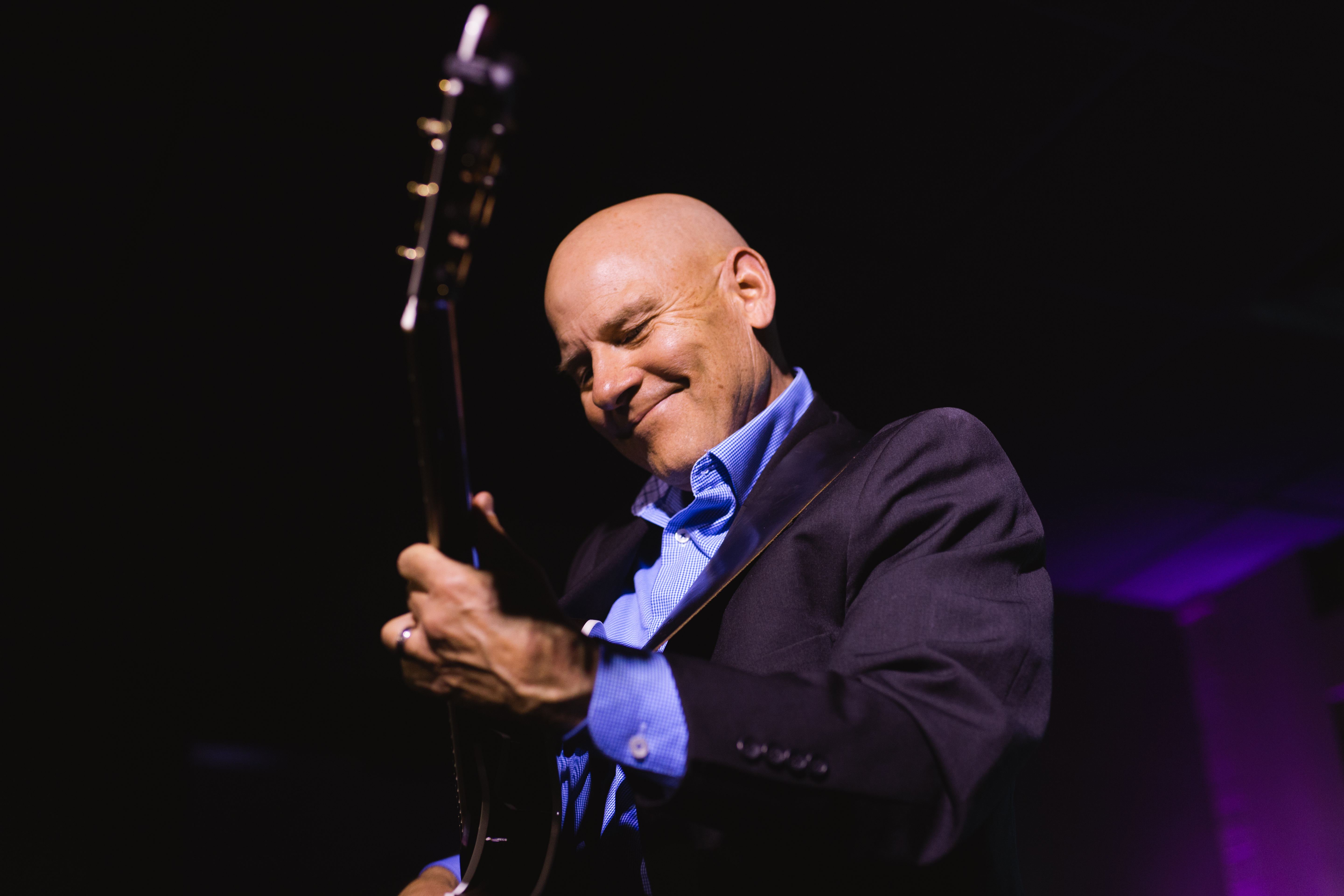 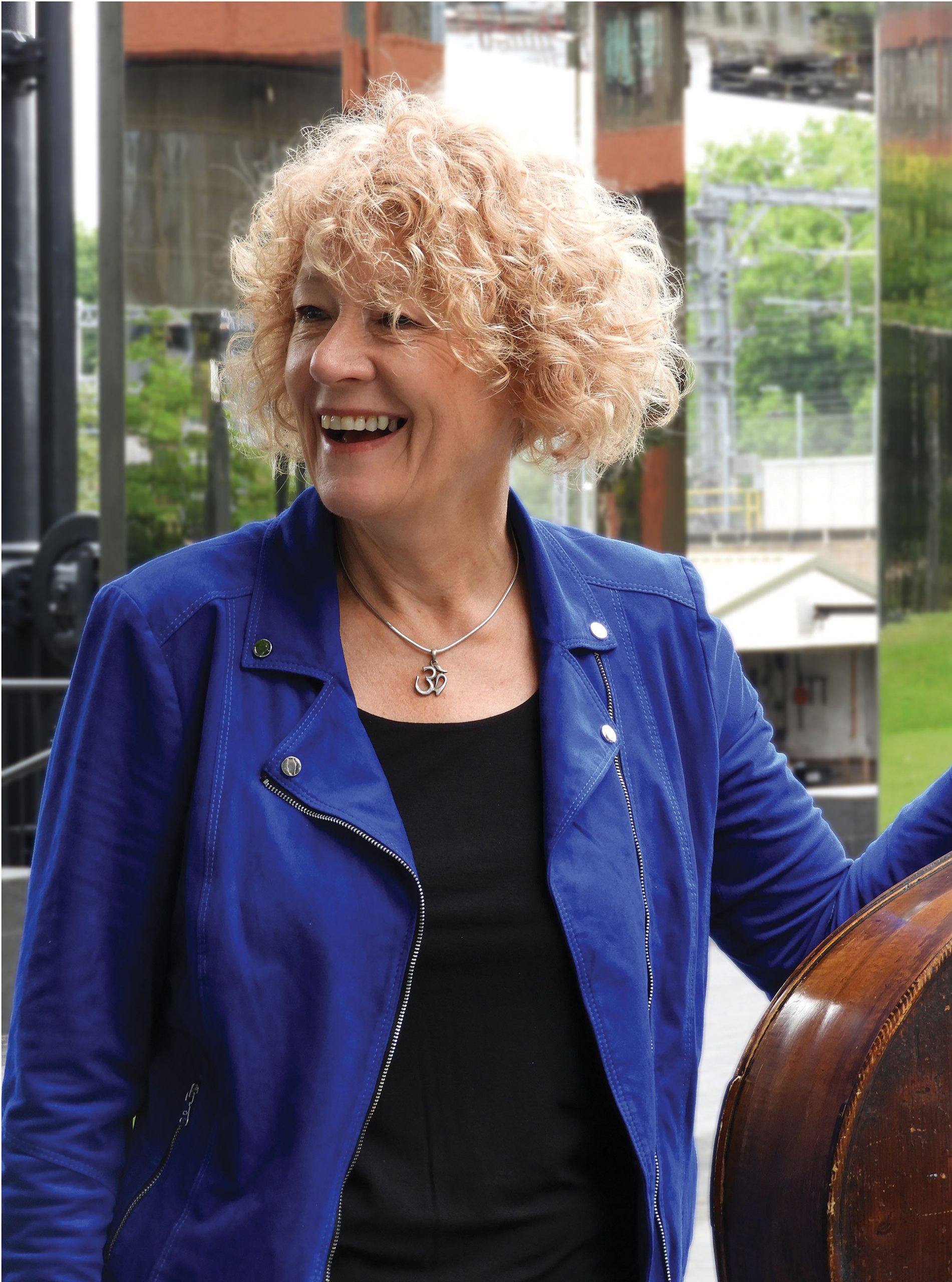 Alison Rayner is an award-winning bassist and composer from the UK.

The 2019 recipient of an Ivor Novello Composer Award and runner-up ‘Double Bass’ in the British Jazz Awards for both 2018 and 2019, she has had an extensive career playing jazz and other contemporary styles since the mid-70s, recording and touring internationally with critically acclaimed Latin/jazz group The Guest Stars throughout the 80s.

Performing regularly throughout the UK and Europe, she leads ARQ, her contemporary jazz quintet, described as ‘a beautifully integrated band’ **** by Dave Gelly in the Observer. ARQ recently released their third ARQ album ‘Short Stories’ to critical acclaim, achieving #1 in the Amazon Jazz Chart. ARQ won ‘Ensemble of the Year’ in the prestigious 2018 Parliamentary Jazz Awards and was shortlisted in the ‘Small Group’ category of the 2018 British Jazz Awards.

Rayner also regularly performs and records with, amongst others, guitarist Deirdre Cartwright, trumpeter Chris Hodgkins and vocalist Carol Grimes. She has played on around 30 albums and also co-runs Blow the Fuse, the artist development partnership in London since 1989, performing with artists such as American guitar legend Tal Farlow, New York jazz poet Jayne Cortez, Peter King and John Etheridge.

‘Purposeful, full-toned and melodic.’ The Observer

‘Playing bass with a big, beautiful bass sound that comes from the heart… characterized by individuality, spirit and a sense of freedom.’

Val Wilmer, author, As Serious as Your Life: The Story of the New Jazz

Cheryl Alleyne studied jazz and classical music at the College of Arts & Technology in Newcastle upon Tyne.  On returning to London, she worked with Loose Tubes, Courtney Pine and The Jazz Warriors and jammed with legendary jazz pianist Herbie Hancock whilst drumming and touring extensively with hip-hop/rap group, ‘Us 3’.

Cheryl won places to study music in the United States at Berkeley College of Music, The Manhattan School of Music and the New School of Jazz, the latter where she was auditioned by John Coltrane and Art Blakey bassist, Reggie Workman.  Although unsuccessful in finding funding for any of these positions, she went on to live, teach and play music in the USA for three years and was also show band drummer for 9 months on the Renaissance Eight and the Golden Princess luxury cruise liners which travelled to South America and the Bahamas respectively.

More recently she was the drummer for the ‘Five Guys Named Moe’ Clarke Peters show during the Edinburgh Jazz Festival in 2016,  as well as for ‘Stormy’ at the South Bank Centre in 2019, based on the life of African American singer and actress, Lena Horne.

Cheryl is a SONOR and SABIAN endorsee. 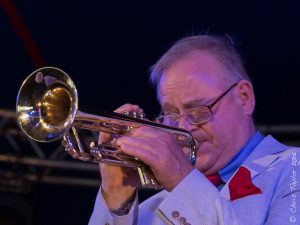 Chris Hodgkins MBA FCIM was raised in Cardiff. In 1974 he co-founded the Welsh Jazz Festival and four years later established the Welsh Jazz Society. As a trumpet player Chris toured the UK and Europe and appeared at the Sacramento Jazz Festival in the States. With his own band he made a number of a number of television and radio appearances. Wild Bill Davison commented, “It’s a hell of a good band”.

Chris relocated to London to play professionally. In 1985, he was appointed Director of Jazz Services Ltd. Chair of the National Jazz Archive 2005 -2014. Chris helped establish the annual Parliamentary Jazz Awards

Chris retired from Jazz Service in May 2014 and has taken to the road, the radio and the recording studio to focus on playing. Chris presents two programmes on Jazz London Radio and Pure Jazz in New York

Chris recently published a business planning manual for jazz musicians “Where Do You Want To Be?” available on the Online Music Business Resource as a free download at: www.chrishodgkins.co.uk. 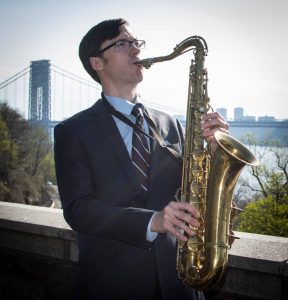 New York saxophonist Chris Johansen has immersed himself in the jazz tradition. He has gained experience on the New York scene, as well as such far away places as The Netherlands and his hometown of Seattle, WA. Focusing on the music of the bebop era as well as the Great American Songbook, Johansen has worked with such greats as Dutch piano legend Frans Elsen and Seattle’s trumpet master Jay Thomas, among many others. During his years spent in The Netherlands, Johansen toured Ireland and mainland Europe with the group Equinox. Since moving to New York in 2014, he has collaborated with many of the jazz capital’s top straight-ahead players, performing regularly with drummer Fukushi Tainaka.

Diane McLoughlin is a composer, arranger, saxophonist, pianist and educator. She was born in Yorkshire and lives in London.

In a professional career of over 30 years, she has played in many genres, from bebop and big band jazz to soul, funk and disco, and from West African highlife to Eastern European folk.

She is currently involved in several music projects. Her own group, The Casimir Connection, features her original compositions. The group’s recent album Cause and Effect has received extensive critical acclaim. Nick Lea from Jazzviews.net described it as a “stunning album, something very special indeed”.

She is also a long-standing member of Alison Rayner’s award-winning ensemble, ARQ

Diane has written and arranged for many small and large ensembles, among them the Vortex Foundation Big Band and Di’s New Outfit, a blend of contemporary, folk and East European styles, that inspired a cult following and Giant Steppes, her 17-piece jazz orchestra. She is currently developing a new group celebrating the work of Dexter Gordon.

John Fordham described Diane’s playing as “vibrating with echoes of Cannonball Adderley” and her writing as “attractively punchy and highly emotive”.

Jinjoo Yoo, jazz pianist/composer/arranger  is a dynamic performer with a unique voice. Hailing from Seoul, South Korea, Jinjoo currently resides in New York and collaborates with different projects and leads her own group as well. As a leader and a solo performer, she has toured internationally, including performances in the United States, Italy, Greece, Azerbaijan, and South Korea. In 2017, she was selected as one of the finalists for the Baku Jazz Competition and semi-finalist for the Virtual 7 Club contest

Jinjoo stylistically encompasses the range from Jazz Classic and the American songbook to original compositions that are played with swinging intuition. Jinjoo recently released her Debut Album “I’m Curious>(Gut String Records, 2018) as a leader, where she presented her sophisticated yet gutsy playing. This album features two of phenomenal jazz artists: Neal Miner, one of the most sought-after bassists in New York Jazz Scene, and the legendary drummer Jimmy Wormworth that has a long history and playing credentials with a host of historic jazz figures. With this Trio album, Jinjoo finished her CD release tour in Spain, Greece and Italy successfully.

“…Her music is unhackneyed, melodic, welcoming…….. She has her own voice, or I should say, Voices.  It’s clear that she has steeped herself in the jazz tradition — reaching far and wide to include bebop, Jimmy Rowles, Ellington, Monk, and American popular song at its best — but she is herself. …..” Michael Steinman, Jazz Lives

“……One of the most listenable albums I’ve heard in many a turntable revolution!” Lance Liddle, Bebop Spoken Here

Henry Lowther was born in Leicester, England, in 1941. As a child, Henry learned cornet from his father and took private violin lessons before going on to study with Manoug Parakian at the Royal Academy of Music.

In the sixties, Henry was one of the first musicians on the British jazz scene to experiment with total free improvisation and also at this time began a musical relationship with Sir John Dankworth which lasted till the composer’s death in 2010. In 1967 he played on the now legendary Kenny Wheeler album, “Windmill Tilter”.

In 1969 Henry appeared at the famous Woodstock festival with the Keef Hartley band.

Over the years Henry has worked in all areas of the British jazz scene and is one of only two or three trumpet players to have played lead trumpet for both Gil Evans and George Russell. He has also worked extensively as a studio and classical musician.

Currently, Henry composes and plays in the London Jazz Orchestra, leads his own band Still Waters, and is a Fellow of the Royal Academy of Music.

widely with many people and has released two albums under his own name: Mark Bassey’s Telling Stories (CD 2007) a quartet album featuring his own writing, and the quintet Bassey Plays Basie (CD 2011).

Mark has been involved with jazz education for over 30 years, teaching all instruments and running classes in harmony, improvisation, composition, and arranging at many colleges including the Royal Academy of Music, Trinity College of Music, and also the Jamey Aebersold jazz summer school.

Wayne Wilkinson, an artist with Benedetto guitars and GHS Strings, is known for his melodic high-octane straight ahead and bebop jazz, innovative jazz arrangements of other music genres, and inspired original compositions which world-renowned jazz trombonist Bill Watrous said “is the greatest guitar playing I’ve ever heard.”

Wilkinson performs and tours across the United States and internationally and has shared the stage with iconic jazz musicians and a President at the White House.

Over his four decade career, Wilkinson has played at Carnegie Hall and at major jazz and music festivals with the premier Air Force Jazz Ensembles “The Airmen of Note” in Washington, D.C. and the “Falconaires” in Colorado Springs. Recent performances have included the London, Tel Aviv, and Vail Jazz Festivals; a United Kingdom Tour, and Hawaii Tour.

As a faculty member at the nationally accredited Colorado Springs Conservatory, Wilkinson helped establish the Jazz program. He was also an adjunct professor for Jazz Guitar at Colorado State University-Pueblo for ten years. Wayne conducts master classes and clinics at universities and conservatories across the country.

Wilkinson’s CD’s, “Proceed To Route” and “It’s A Lark” were under consideration for the 2019 and 2014 Grammys respectively.