The album is released on the September 2017.

My grateful thanks to Jean Evans, Max Brittain, Dave Barry, Mike Nash and Don Cook for their permission to produce this CD under the MCPS Limited Manufacture licence and my thanks to Eric Gilchrist for the CD artwork and design.

To hear some tracks from the album click on the tunes below:

You Can Depend On Me “This tasteful album is dedicated to the memory of a fine clarinettist who, although born in Cardiff, was a respected member of the London jazz scene for many years.

The eleven tracks included here feature John Evans with Harlem Airshaft, 9 of them recorded live at the Ealing Jazz festival in 1992 and 2000 and the remaining two at London’s Concert Artistes’ Association in 2008, where John was a genial habitué . It’s a small unit led by trumpeter Chris Hodgkins, leading light in the influential Jazz Services for many years The group’s laid-back approach reminds one at times of the imperishable small groups led by Roy Eldridge or those fronted by Rex Stewart.

Immediately from track one, Conte Condoli’s Full Count, a relaxed, lightly swinging atmosphere is created, underpinned by Max Brittain’s unobtrusive but positive acoustic guitar- reminiscent of Bucky Pizzarelli, John Ferguson’s sonorous bass and Clive Pracy’s unfussy drumming, all combining to provide a sympatico carpet of support for the front line.
From the varied repertoire ,which includes a superb, nicely-voiced, Cotton Tail, my highlight is Sweethearts On Parade which is treated to an un-frantic tempo not unlike Armstrong’s definitive 1930 version with Lionel Hampton and which brings out the best in the melody..

Throughout we hear Hodgkins’ dynamically creative trumpet at its best, complemented by the under-rated Mike Nash’s articulately mellifluous trombone.
Perhaps John Evans’ feature on After You’ve Gone, employing what my old friend that much-missed pianist Harry Walton used to call his `Sturmey Archer Tempo’ (i.e. variable speeds) and some luscious low register shows him at his best but his fluent playing on all tracks reminds us of what a classy musician he was –and an all-round `good egg’ into the bargain!

This CD is a worthy tribute to a jazzman who mattered.”

“It is not Traditional or New Orleans Jazz but pure swing, showing John at his best. All the tracks are well known, including After you’ve gone, You Can Depend On Me, Basin Street Blues, Sweethearts on Parade, Rosetta and others. A very pleasant listen and an appropriate tribute to a fine musician and Gentleman of Jazz.”

John was born on July 21st 1934 in Cardiff. He started playing clarinet at 15. In 1952 he did his National Service in the RAF, playing in the Fighter Command Band. On completion of National Service John went to the Guild Hall School of Music and after graduating stayed in London working as a professional musician. John worked with a number of bands including Freddy Randall, Lynn Saunders, Mick Mulligan and George Melly as well as backing cabaret entertainers such as Clinton Ford. John also played drums and saxophone.

In 1957 he met his future wife Jean and moved into a flat in Earls Court which they shared with Ray Warleigh. Jean and John were married in 1961. They had two daughters; Sian who was born in 1964 and Jemma in 1967. To support his new family he became an English Lecturer at Southgate College, forming a band there called The Complete Works. John taught there for 18 years continuing as a semi- professional musician.

After John took early retirement in the mid 80’s he returned to working full time as a musician, playing drums in the bands of Trevor Anthony, clarinet with the Bob Guthrie Band, JCM Band, Gentle Jazz and Harlem Airshaft. John was also a member of the Anglo Welsh Allstars and Dick Williams Six.
Sadly two people who worked with John in Harlem Airshaft have passed away; Double bass player John Ferguson (1932 – 2011) was born in Glasgow on 2nd June 1932, he learned trombone, the double bass and took singing lessons. John was soon in demand eventually moving to London in 1958. John joined Val Doonican and played with a number of bands including Dick Williams band, the Bob Guthrie Band, Harlem Airshaft, the Laurie Morgan Trio, Jack Honeyborne and Dennis Smith.

Drummer Clive Pracy (1945 – 2014) Born in Wales in 1945, he learned to play the drums. He moved to London in 1966 where he made his mark as a professional drummer and percussionist in the recording studios, the club scene and UK and European tours. A person of many talents he played club cricket to a high standard and held a number of senior positions in Risk Management with major firms in London. He retired to Portugal in 2003 and became a valued member of the Algarve music scene. 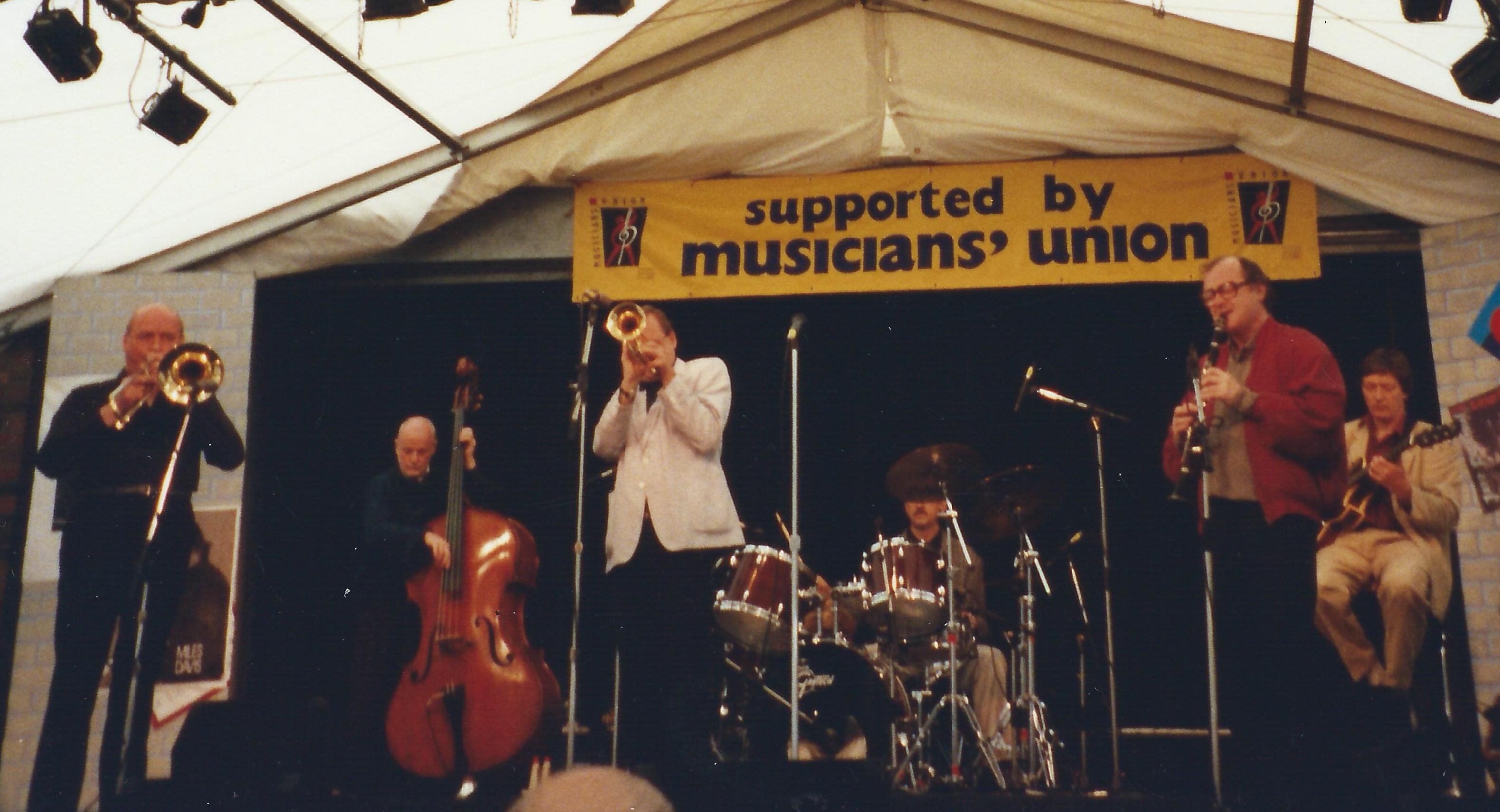 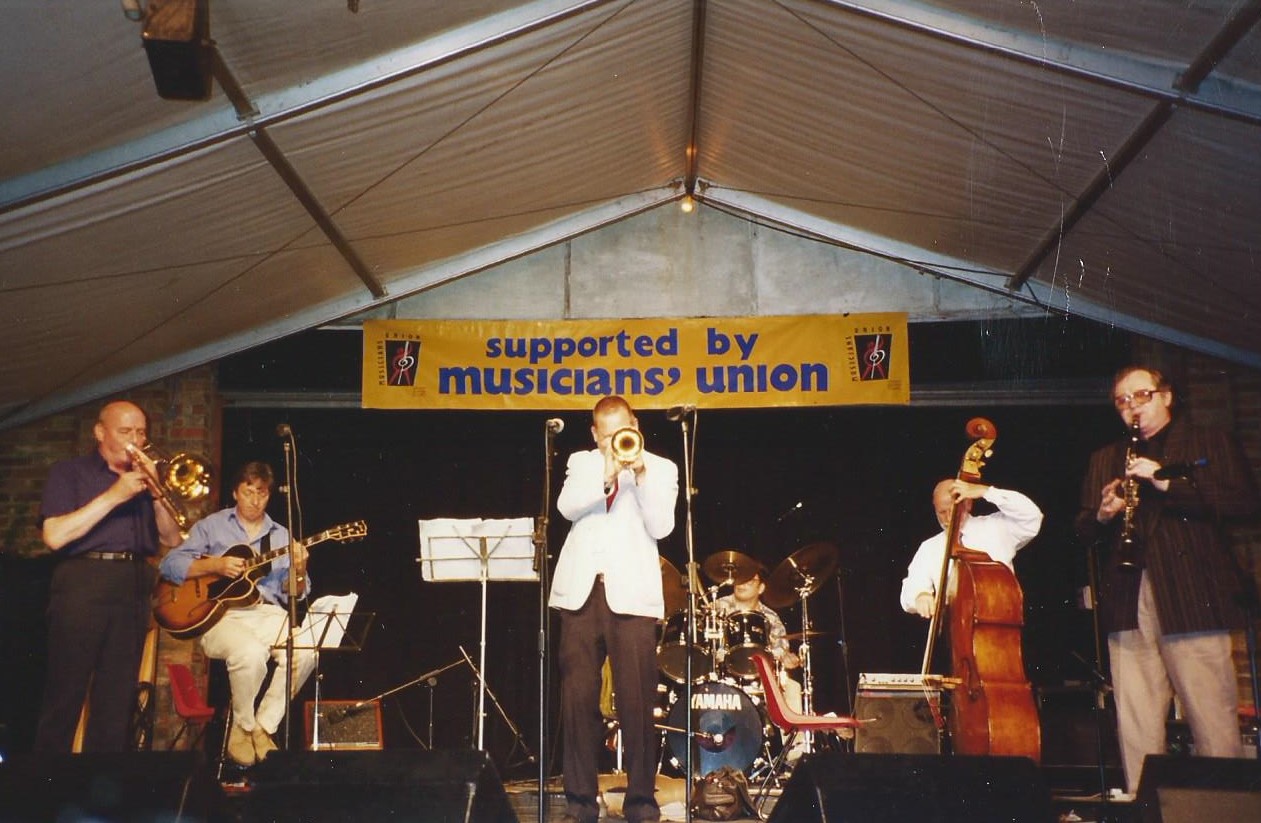 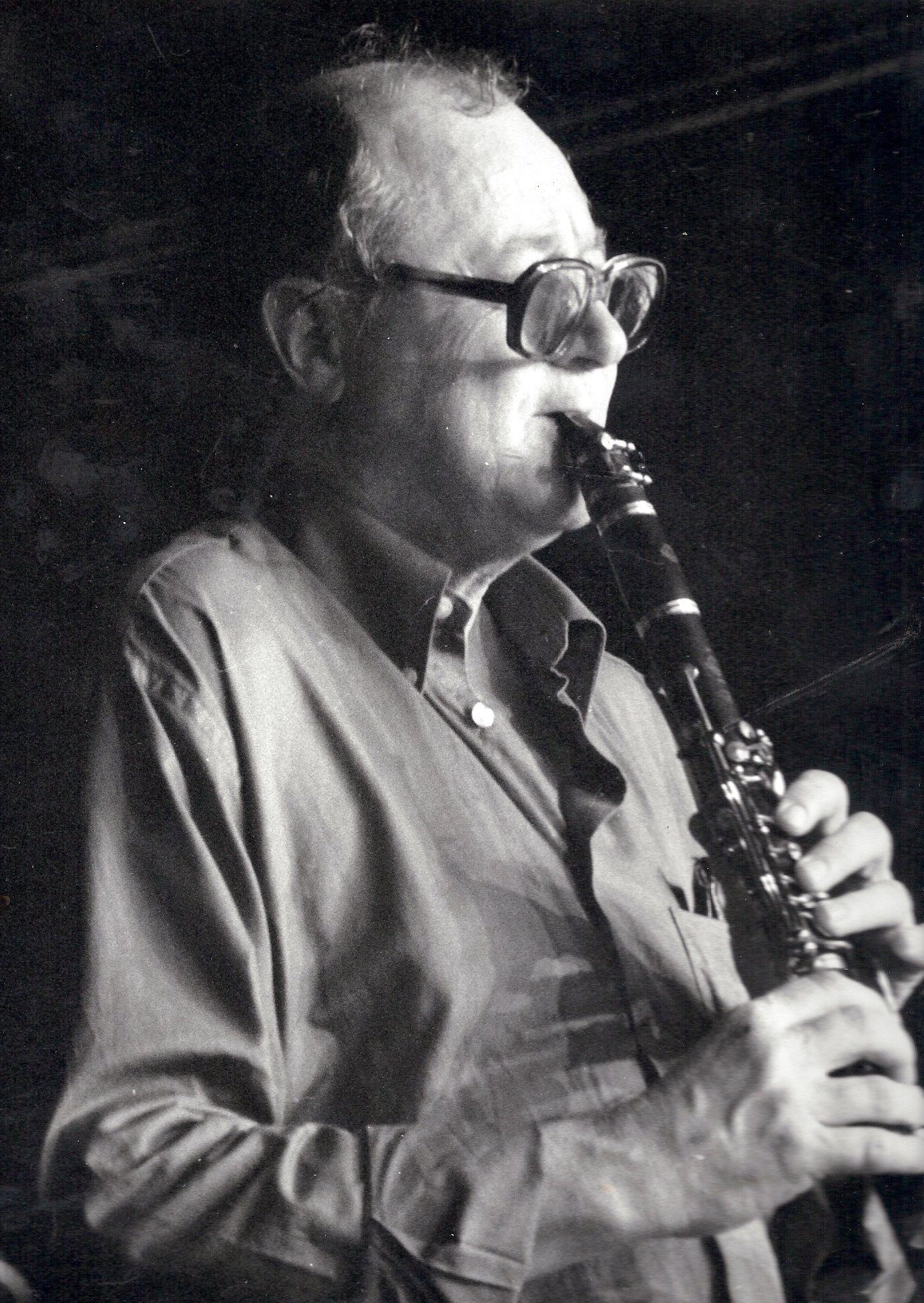 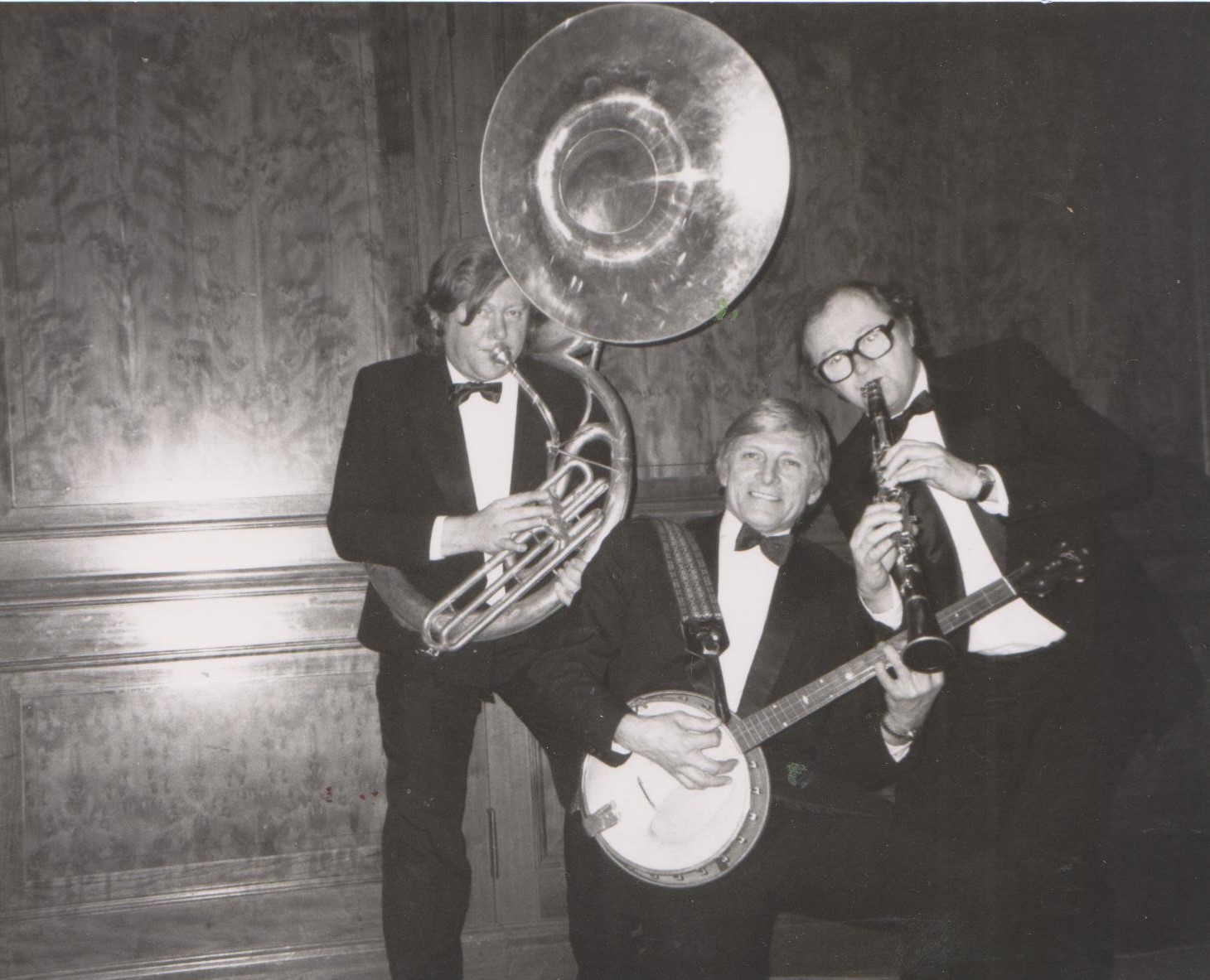 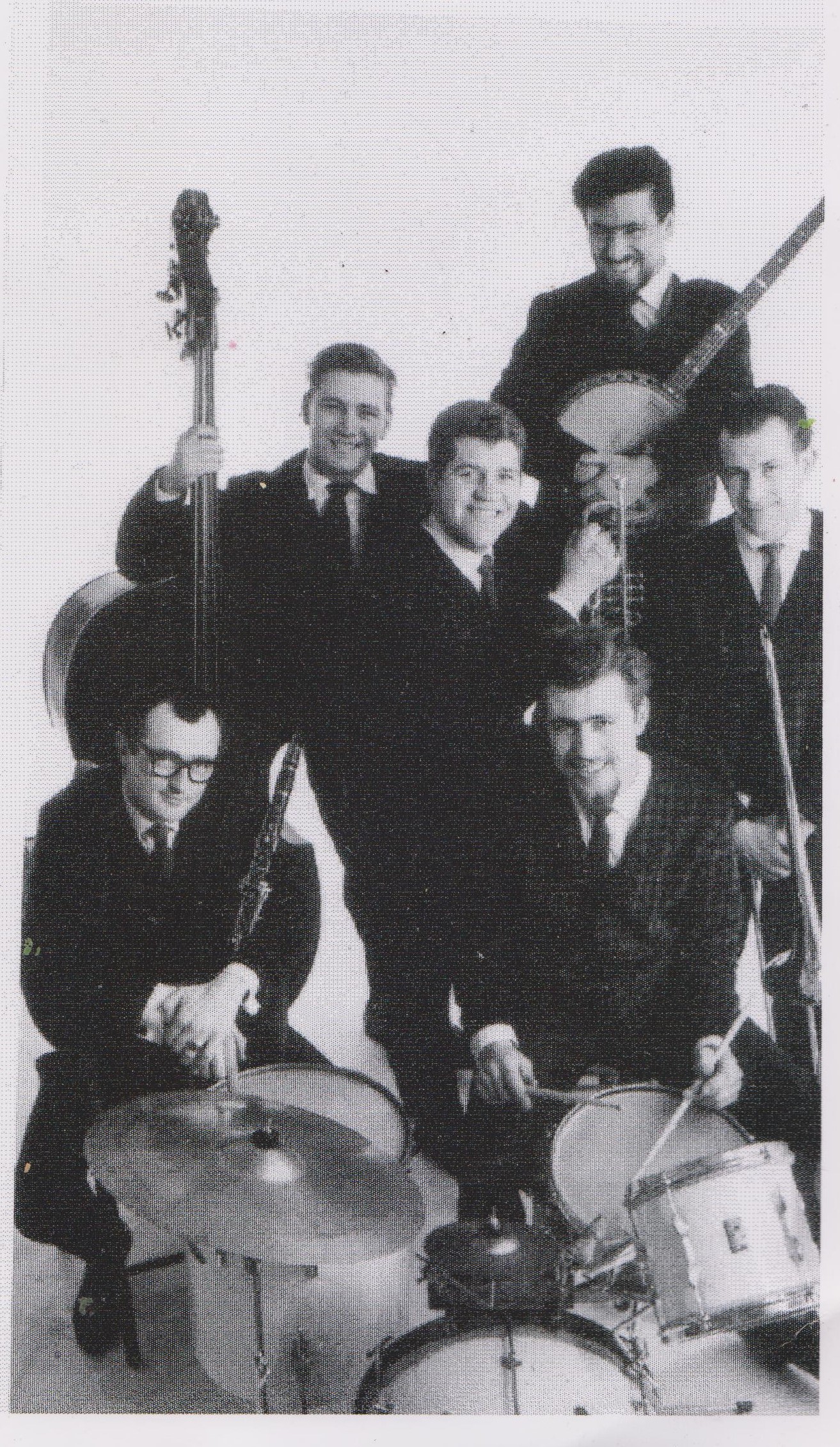 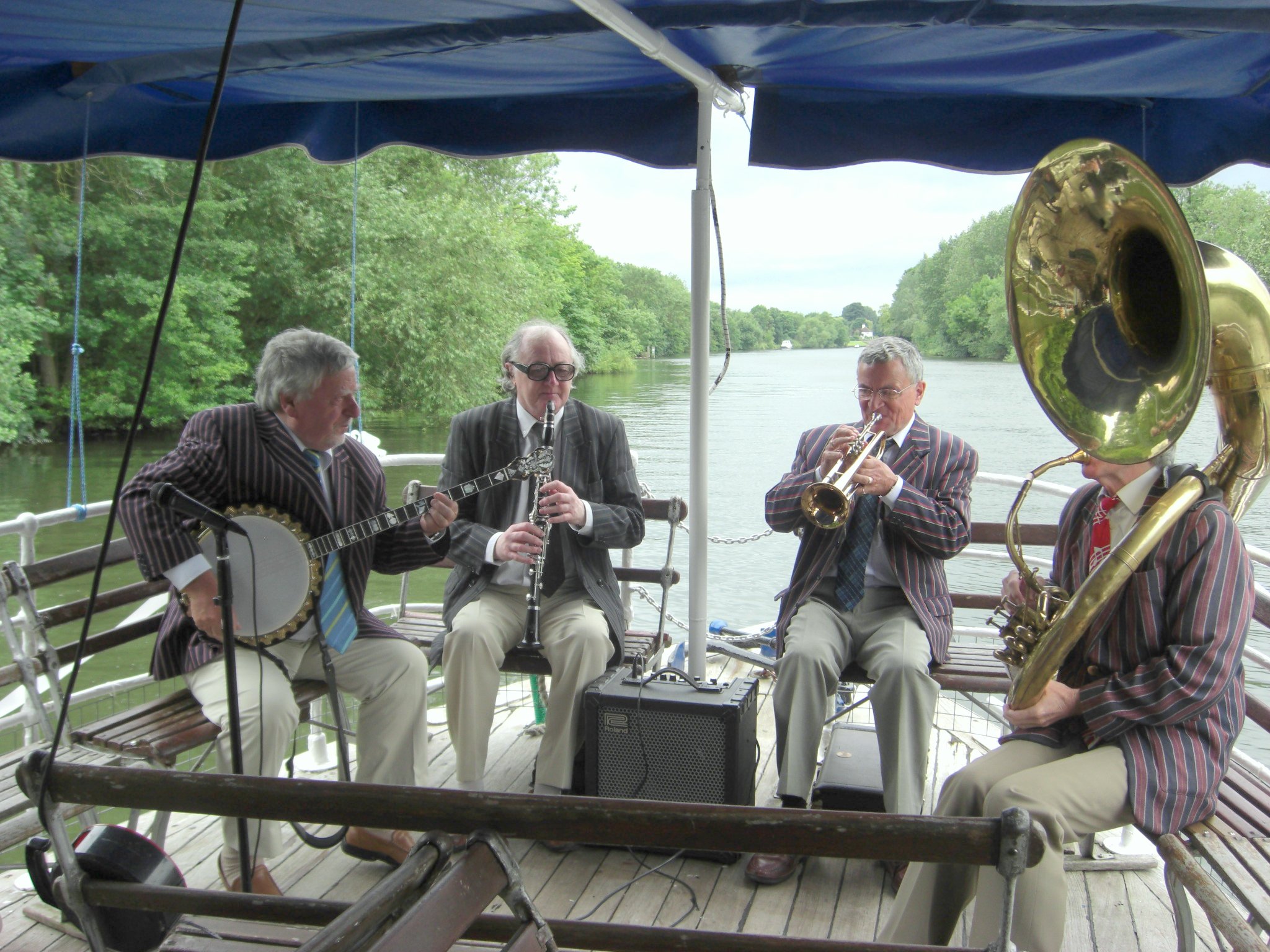 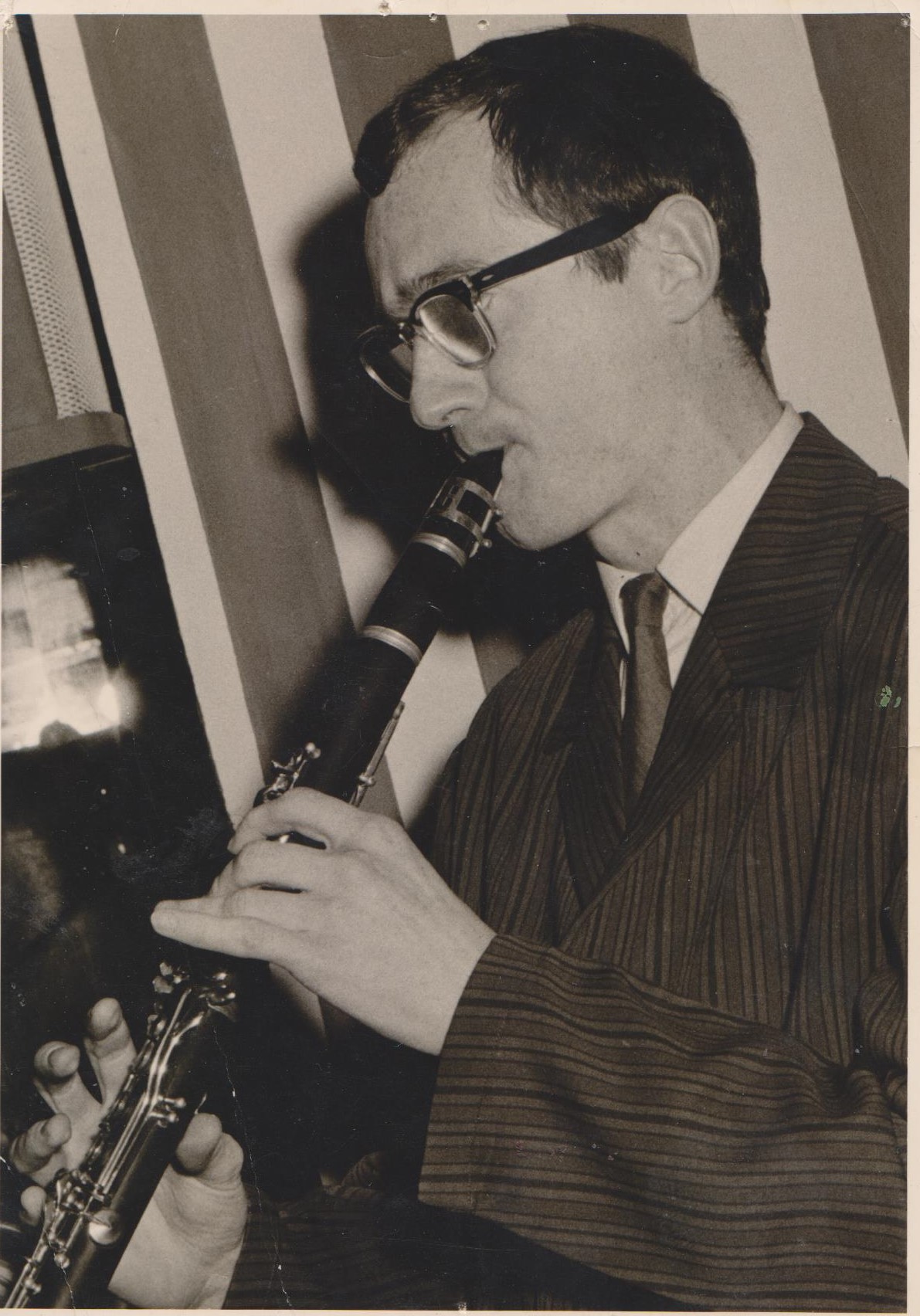 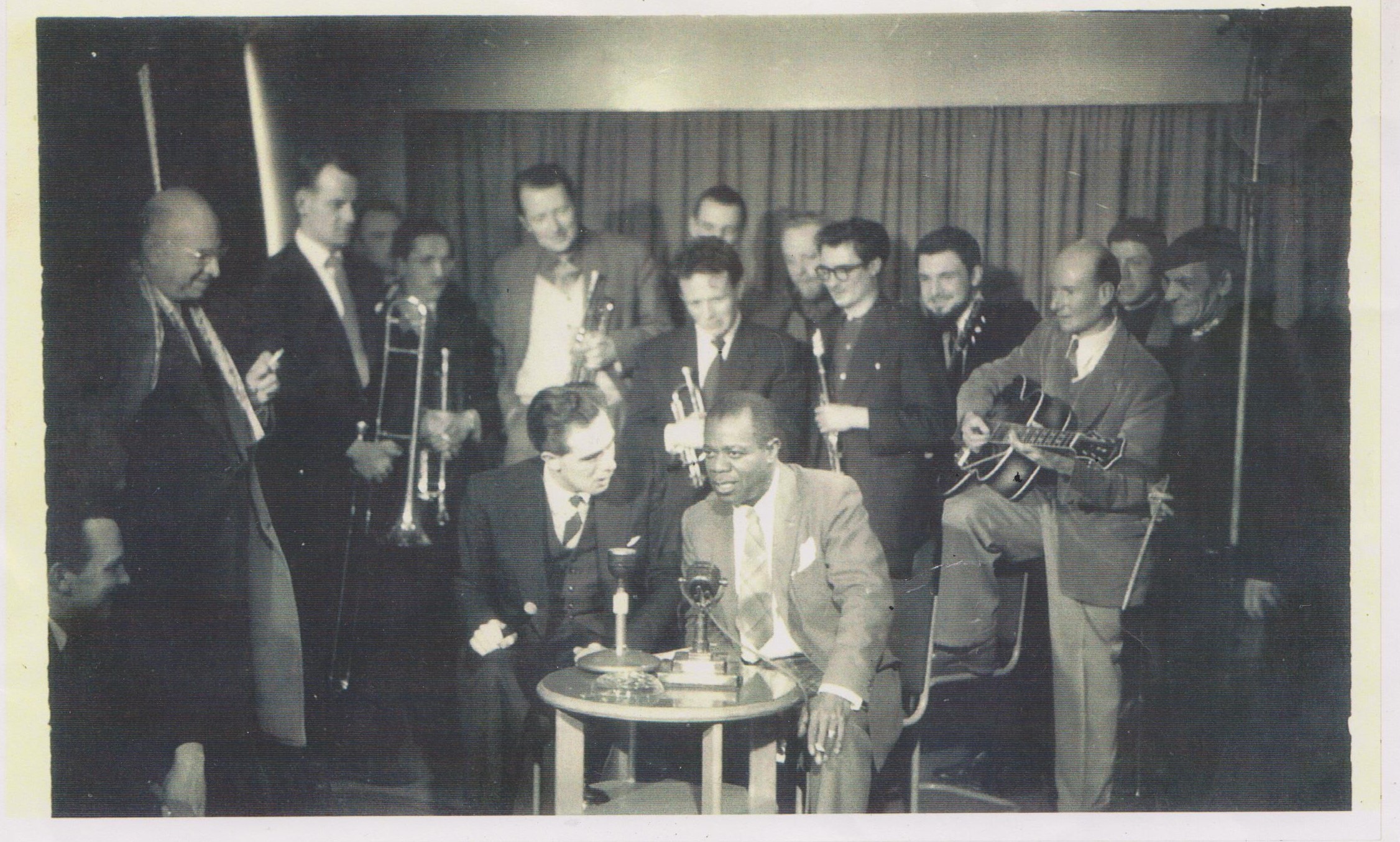