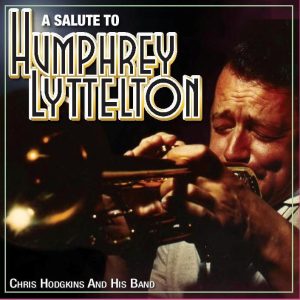 “I’ve waited all year to hear a band like this! Maybe waited all my life or at least since I first heard the Lyttelton band in Camden Town Hall – the one that had Coe, Skidmore, Temperley and Pickard alongside Humph in the front line. This band exuded the same amount of class – the ensembles were something else. What a sound! “ Lance Liddle, Bebop Spoken Here November 2021

In November and December, the Chris Hodgkins band completed a 17 date tour with support from Arts Council England, the “Salute To Humphrey Lyttelton” a celebration of the legendary trumpeter, bandleader and BBC broadcaster Humphrey Lyttelton, on what would have been his 100th birthday anniversary year.

Rising to prominence in the early 1950s, Lyttelton’s hit single ‘Bad Penny Blues’ was the first-ever British jazz record to achieve top 20 status.  Throughout his career, he blazed a trail with diverse presentations of jazz music and unique collaborations. In 2002, he performed (in front of 42,000) and recorded with Radiohead, engaging an entirely new audience with his music and providing a rare platform for fellow jazz musicians to play on a world stage.

In addition to his influential role as leader of the jazz revival, Lyttelton, affectionately known as “Humph”, was also a much-loved broadcaster, hosting BBC Radio 2’s ‘Best Of Jazz’ programme for many years, as well as BBC Radio 4’s hugely successful and still running) comedy show ‘I’m Sorry, I Haven’t A Clue’ (later hosted by Jack Dee). 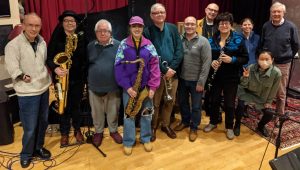 “Festooned with Trumpets”: With funding from Arts Council England, Chris Hodgkins toured an outstanding Anglo/American quartet in May 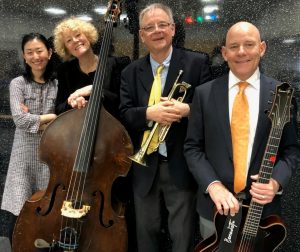 2019. Chris recruited  South Korean pianist from New York, Jinjoo Yoo, “one of the most exciting pianists on the scene in New York”, plus guitarist Wayne Wilkinson, “one of the best, most underrated jazz guitarists in the USA”. also featured Alison Rayner on bass and Chris on trumpet.

The music comprised a mixture of standards and four originals especially written for the tour and was recorded immediately after the tour.

er at the Quebec Hotel, Crichton Street, Cardiff. Two sessions with Vic Parker with Chris on cornet and Jed Williams on drums were recorded in January and February 1976.